for Businesses in Wymondham  and across the Country 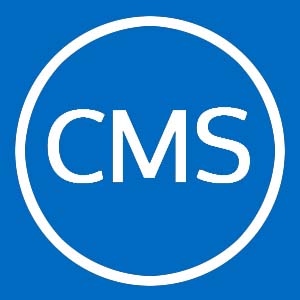 Looks Great on a Mobile

Our Focus is on you and your business in Wymondham. We are Wymondham Web Design specialists with a very clear mission. which is to put you at the forefront of all we do. We will take time to talk to you to learn about your business and come up with ideas for a website design that will work for you. Ideas to make your website stand out from the others in your field. We will consult with you throughout the process from beginning to end.

Our overheads are low and we pass this saving on to you.  And, the good news for small Wymondham startup businesses is that  our prices are really competitive.  If you happen to be located in the Wymondham area we’ll be pleased to arrange a face to face meeting with you but we’re pretty good with phone calls as well so it’s not an absolute necessity.  Thirteen years specialising in Wymondham Web Design have taught us that the most important part of our work is to listen.

It probably goes without saying but we’ll mention it anyway just for clarity. We do not use templates. Every website is built from the bottom up, is built from scratch, and is unique to the business it represents – your business. That’s what we mean when we say as Wymondham Web Design professionals, “our focus is on you and your business”. And all our websites work on all devices – desktops, tablets and mobiles.

Why visitors find it strange that the town should be pronounced “Wind’m” when they readily accept Gloucester as “Gloster” and Leicester as “Lester” is somewhat strange.

With a population of over 14,000 Wymondham is one of Norfolk’s larger towns and well known for Wymondham College – a state school providing for both day and boarding students. It is among the top 20 highest performing non-selective state schools in the country.

The historic town of Wymondham has been pronounced by the Sunday Times as one of the best places to live in Britain. The judges came to their conclusion after considering factors such as jobs, schools, broadband, culture, community spirit and local shops.

Wymondham is around 9 miles from Norwich but shopping locally has a lot to offer with a high street that has nearly everything from boutiques to something larger as well as coffee shops to relax in.

Norfolk police headquaters can be found in Wymondham as can Wymondham Abbey. The abbey was founded in 1107 and is beautifully looked after and much visited. While in the town however, visitors must not miss Wymondham Railway Station with its very special bistro.

So, Wymondham is clearly a delightful spot to run a business and to make that business really work you’ll need a website and that’s where we would like to help. Be it a new website or a refresh we can deal with it. Just call us on 01953 433 899 – why not do it today?

So, whether your business is a start-up or of medium size call us on 01953 433 899. You need someone local and as
Wymondham Web Design professionals we are close by.